"Congratulations to you, and a round of applause for a job very well done! It was a pleasure meeting and working with you...Good Job! Thanks again." U.S. Secret Service 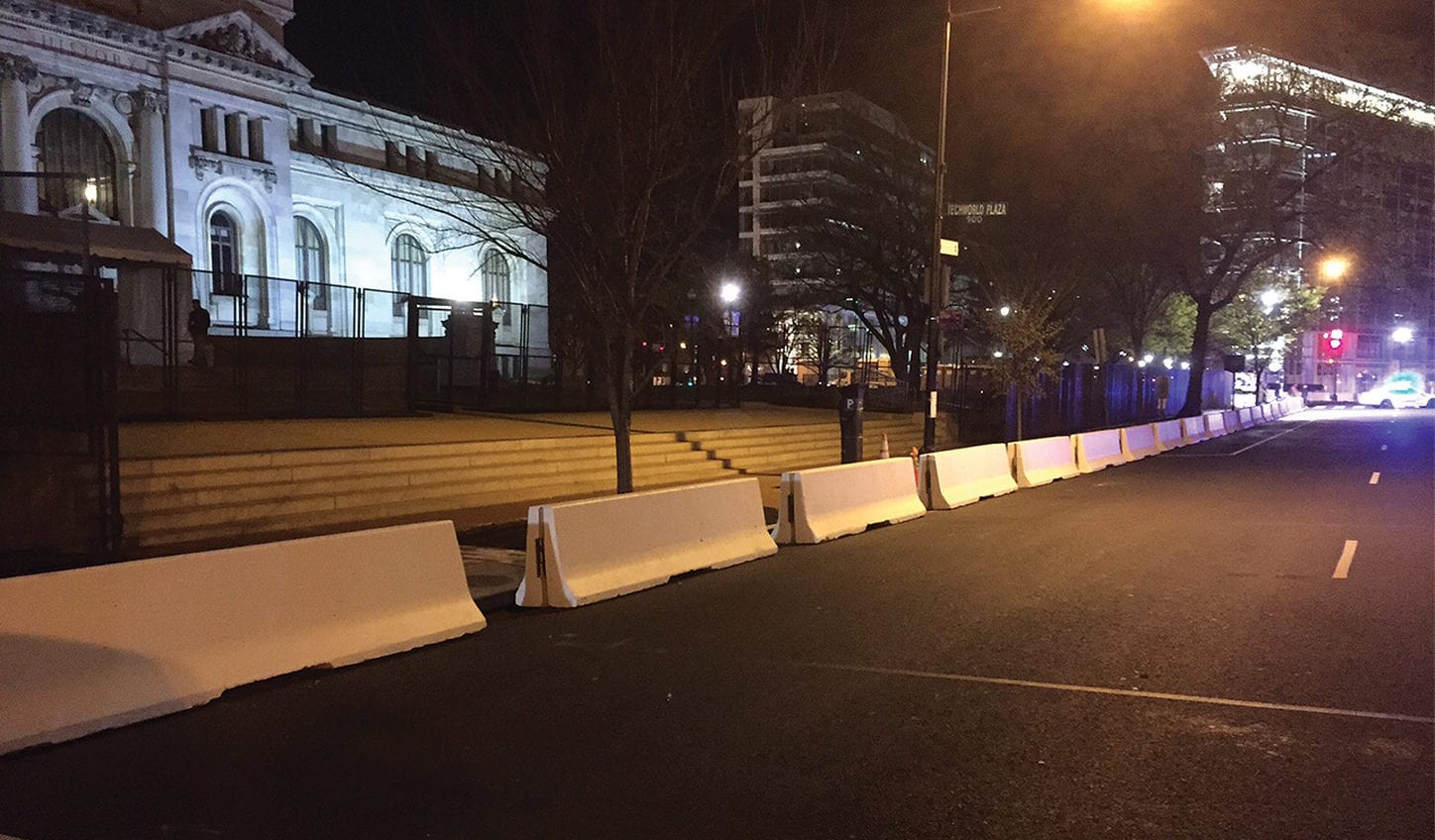 On May 20 and 21, 2012, the representatives of 28 NATO member nations and 22 non-NATO members who comprised the international force in Afghanistan, participated in the biggest summit NATO has ever held. In total, leaders from over 60 nations and international organizations were expected to attend. This historic event presented the organizers and Chicago with multiple security challenges. According to a press release from The Department of Homeland Security, starting midnight May 19 through May 21, a large security zone around McCormick Place, where leaders, including President Obama, held their meetings was off limits, and the Museum Campus, Lake Shore Drive and several major expressways and streets were shut down during the NATO Summit.

To accomplish this, the event organizer came to Smith-Midland Corporation and Concrete Safety Systems to implement the installation and removal of transportable precast concrete traffic barriers.

SMC/CSS were responsible for setting over 10,000 linear feet of barrier to help control the flow of vehicles in Chicago.

“We have handled barrier for a number of high-profile events such as this one, including inaugurations, political conventions, a nuclear summit and a previous NATO Summit,” said Matthew Smith, VP of Sales and Marketing at Smith-Midland. “We’ve had years of experience with these events, giving us the ability to foresee any issues that may arise.”

After an initial reconnaissance visit to the site, barrier and labor needs were determined, and planning was set in motion. Full logistics services were provide by CSS.

The work was accomplished in an organized manner allowing for the least amount of inconvenience to Chicago residents and all areas reopened for evening rush hour traffic on Monday, May 21.